Paramour on Broadway Dazzled Us Into Pondering…

A couple weeks ago we had one of those moments where a friend we’ve been needing to catch up with forever texts and the message is: I have an extra ticket to a preview of the Cirque du Soleil on Broadway show. Would you want to go?

Off to the Lyric Theatre we went. And, guess what? It was sensational. While the New York Times finds the show something of an ADHD collision that airs perhaps on the side of cheesy, we’re sticking with our love of this frenetic, energetic show to say YOU HAVE TO SEE IT! 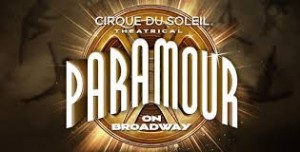 This is acrobatics it’s finest. Athletes at their peak performance. And a great motivation for exercising. There’s no way Pilates and yoga aren’t a part of these performers daily lives. Their lithe and sinewy bodies are strong because they work hard at their craft. After all this is Cirque du Soleil. And, it’s the story of a glamorous young actress who is pressured to make the choice between love and her craft. Set during Hollywood’s Golden Age, the style and fashion are beyond thrilling, as is the production. Someone needs to open up a Cirque for Amateurs 101 studio in LA! We’d go!

In the meantime, do yourself a favor and Google video: Andrew and Kevin Atherton. They’re aerialists with core strength beyond comprehension, and who also happen to be angelic blond, identical twins. You won’t just be mesmerized, you’ll be enraptured and ready to train for the cirqu-us!